The Internet was once an unregulated playground for all sorts of experimentation to flourish. Technologies like Bitcoin took root quietly, and without much fanfare. However, over the years, Bitcoin and Blockchain technologies became more widely adopted. Given the nature of Bitcoin’s open source code, it was not surprising that the project had been forked and imitated widely.

This year, regulatory bodies worldwide began to take a keen interest into Bitcoin, Blockchain, and the suddenly explosion in the popularity of initial coin offerings (ICOs). As you may know, ICOs have exploded upon the tech scene, helping their creators to raise hundreds of millions of dollars, for the purpose of funding a project, without giving up any shares in their companies. The result is that startups are suddenly able to get funding while retaining full control of their companies.

However, the hack on the DAO, and the ensuing drama, in which there was an “hard fork”, for the recovery of stolen cryptocurrency known as Ethereum, led to the SEC in the US to declare in August 2017 that certain types of coin offerings may be unlicensed securities offerings. This led to the outright ban of ICOs in China, follows by Korea, and a swathe of regulatory rulings popping up in every developed country. Singapore and Switzerland remain favourite destinations for Blockchain startups looking to start an ICO.

The Unregulated Status of Blockchain and Legal Considerations

In some countries, there is no clear regulation on cryptocurrency. Most lay persons imagine that without specific laws to regulate cryptocurrency, and/or Blockchain, they are free to do as they like with their technologies, including running ICOs. They fail to recognise that many countries have existing laws, which deal with various aspects that are relevant to ICOs: laws related to securities, for instance, and laws related to investments. Property laws and company laws may be applicable to Blockchain projects which seek to implement the use cases of Blockchain technology, already so famously outlined in Vitalik Buterin’s earlier papers.

It is highly recommended for Blockchain companies check with a lawyer on any ICO they wish to launch. All ICOs involve the issuance of tokens. It is the type of usage rights, and privileges, attached to the tokens, that are the main issue. Invariably, there will be ICO promoters who wish to promise things that will encourage usage of their token. However, such promises may be dangerous to make, and may sometimes create the promise of a token that have features of securities. (As you can see, there are many legal considerations for the tokens in a Blockchain project.)

For that reason, please seek proper advice on your Blockchain project, and your ICO. Taxation, for example, might be an issue for your project. Another might be gender equality and gender protection.

We can help identify key legal considerations for your project.

Regulating Crypto-assets for the Finance Market of Tomorrow

24 November, 2019.  The free market, non-central bank monetary instrument bitcoin money (crypto-asset) revolution, like the mythical bird phoenix, rose from the ashes of the Global Financial Crisis (GFC) of 2007 – 2008. Its Genesis Block mined on the 12th of January, 2009, and 50 bitcoins first traded on the authochtonous chain codebase. According to […]

Regulation of trading and custody of crypto-assets by the German regulator for banks and other financial institutions takes off 1st January, 2020  Germany joins the growing list of European Union (EU) countries, and the entire world institutionalising crypto-assets (“Kryptowerte”), via statutory activities, as the German lawmakers introduced new law to be effective 1st January, 2020. […] 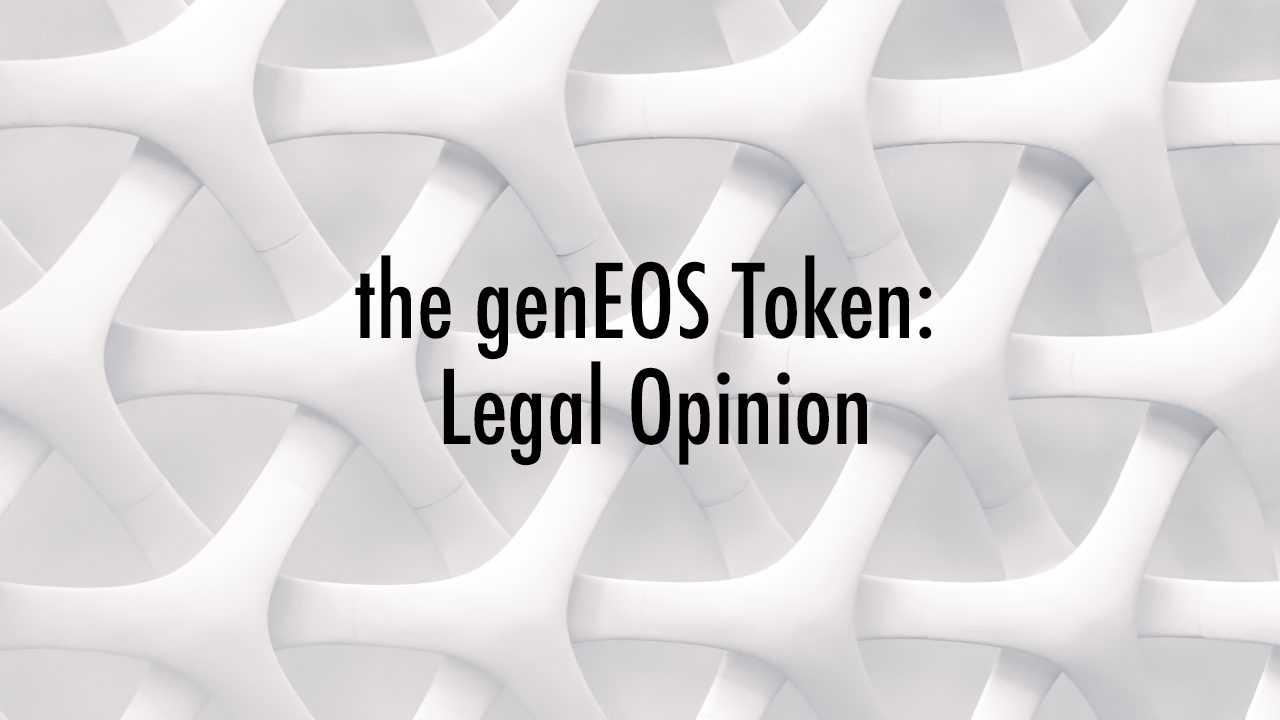 Does the genEOS Secured Token Offering (STO) comply with securities regulations of the world legal jurisdictions?
Check out our legal opinion written by Boulevard A. Aladetoyinbo, esq.